This was my 6th year running it. I would highly recommend this race. Thank you to my running group! Plenty of toilets, plenty of room and the walking from the Metro Pentagon to the start area and the start itself was limited and never crowded. I missed the area to get my boxed lunch and then swam upstream through the crowd to grab it. Also, if you love swag- this race shirt, long sleeve half-zip, was amazing! The expo was there and it was very convenient to be on site. Gauntlet run at mile 17 with the Washington Monument towering over us on the left, thus beginning our roughly three mile excursion in The Mall, running alongside the museums of the Smithsonian Institution, including its iconic castle, and the United States Capitol.

While the heavy rain was not ideal, I still consider this my favorite marathon and will be back again. Packet pickup has gotten more organized over the years. The military presence was awesome whether they were running, cheering, or volunteering. Dennis had run the Marine Corps Marathon 30 times before but not since 2007. The bad: The expo was in the middle of nowhere unless you stay at the Gaylord. These individuals will not be recognized as official finishers. 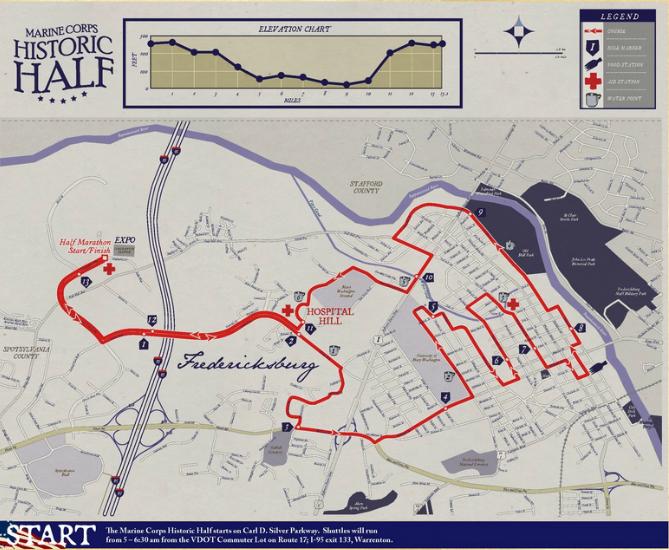 My watch had 34 miles of time on my feet on it from the time we left the hotel to the time we returned…. It is hard to not get emotional during that mile as it has so much meaning. Water stops and bathrooms were plentyful along the course. Also, a huge thank you to all the course support. Usually Saturday and Sunday make the best days for your longer run so Monday and Friday will be off days in order to recover and prepare. The People's Marathon is a race where any marathoner should consider adding to his portfolio, in recognition of those who serve and have served our country. The Expo was well organized but I did not spent much time there. 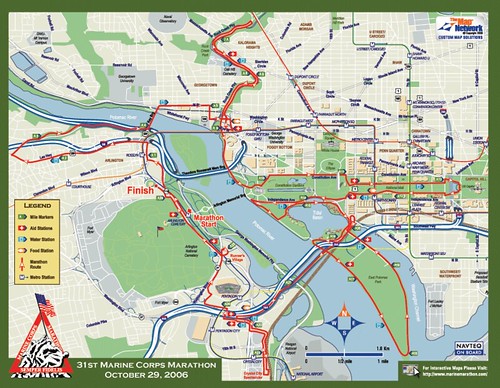 Given the congestion during the entire race two lanes for 20,000 runners for almost the entire course , perhaps the organizers should consider time separation between corrals; while we had either red, gold, or green colors on our bib, no distinction was made at the start. Then we turned into Rock Creek Park. The course runs along with the Marine Corps Marathon, starting about a half an hour prior … This is a great race, nice and relatively flat for an Urban Ultra race. . It is great to stay at a hotel in Crystal City as there are lots of hotels within walking distance of the shuttles to the start line in the morning and when you finish you are already on your hotel side, makes things a little easier. He wanted to attempt to run it one last time at age 78. It's also a fun event for spectators, who will have five locations along the race course to watch and support the runners. Some were a bit too enthusiastic around the Lincoln Memorial on the eleventh mile and Crystal City on the twenty-third mile: on both occasions they took a lane away from the course narrowing it down to one lane on the Crystal City out-and-back , thus exacerbating the congestion. In fact at any point my wait for the bathroom was never more than 3-4 deep. There are marines everywhere volunteering at the expo and during the race. Yes that last hill to the finish is rough, but dude, when that marine saluted me when I got my medal, I damn near cried! The weather was a challenge but made it actually fun. The Shirts about: 2018 Course: 4 Organization: 4 Fans: 4 L. At mile 10, we entered West Potomac Park, passing by the Lincoln Memorial, and East Potomac Park, continuing alongside the river until reaching the end of the peninsula at the race halfway point, where we continued alongside Washington Channel with views of the harbor and Washington skyline. The course you get to see a little of everything, the city, monuments, and country side. Good transportation after the race to get to the hotels. I walked through the madness to the family meet-up that was down at the bottom of the hill made worse because my last name starts with S. With the warm up each fall lately this race is becoming too hot to run as the morning moves on.